For John, BLUF:  What happened to the idea of civility?  Nothing to see here; just move along. 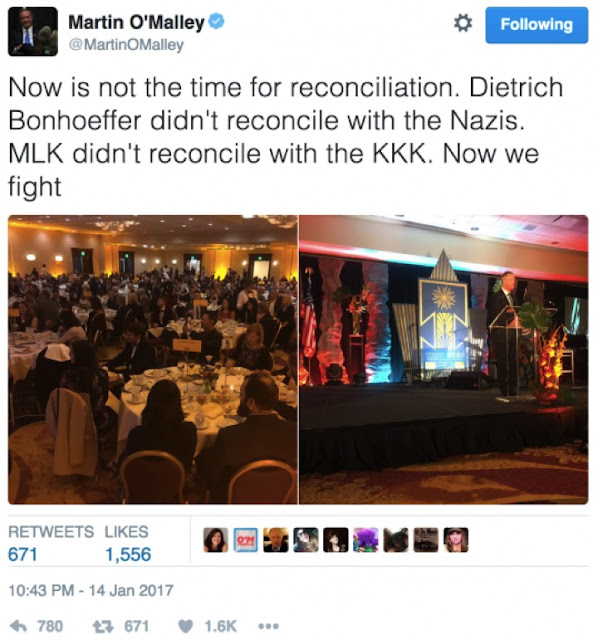 Is this the way it is going to be for the next number of years?

So, we have a former Governor of Maryland, Martin O'Malley, in whose state, a few months after he left office♠ a Mr Freddie Gray died in police custody, resulting in riots in Charm City.

One would think that with that series of events Governor O'Malley would walk (and talk) humbly.  That he would understand that within his own state, soon after his departure, there was rioting that suggested the People felt the Government was being abusive to the People.

I recommend to Governor O'Malley that he consider Micah 6:8

You have been told, O mortal, what is good,
and what the LORD requires of you:
Only to do justice and to love goodness,
and to walk humbly with your God.

♠  Using the Obama Criteria, the previous occupant is responsible for problems at least out eight years after leaving office (or one year for each year in office—Mr Martin O'Malley served eight years as Governor).