Protesting Shut Down in Lowell


For John, BLUF:  I love the First Amendment.  Nothing to see here; just move along.
So the US Congress arrived at an acceptable balance and passed both a Continuing Resolution (to fund the Government) and an increase to the debt ceiling.  What they didn't do was pass a budget, but the CR, once again substitutes for a budget.  Maybe next year.

However, it appears to me that the thing that pushed the US Congress over the edge toward resolution was a noontime protest outside the Social Security Office in Lowell, as these four photos show. 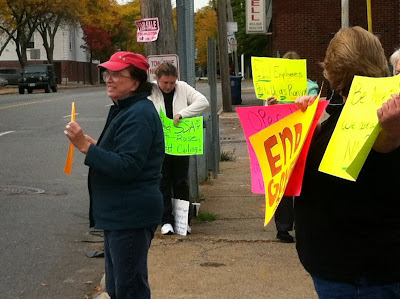 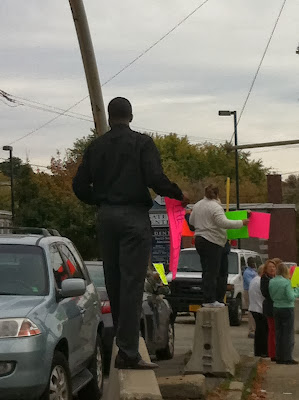 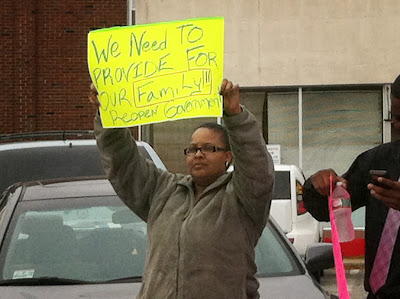 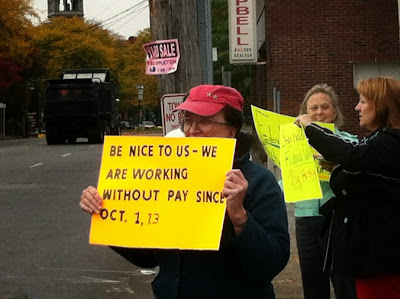 It was a pretty cheerful group of protestors, willing to talk.  I am glad I stopped by.

After the noontime demonstration the demonstrators were going to have pizza.  I saw about six pizza boxes stacked up by the steps into the building housing our Social Security Office.

I would like to thank the protestors for stepping up and talking to the issue of the Government shutdown.

Next, I hope they will pick a day and protest the debt itself, for which we will pay an estimated $222.9 billion in interest this fiscal year (FY2014, which started 1 October—see the bottom photo and the sign with a date on it.).

I'd expect a case would have to be made that the debt is too high before I'd expect protests. Undoubtedly some think it's too high, market signals notwithstanding.

It isn't so much the debt itself, which is a complicated creature, but rather the fact that we are going to drop around $222.9 Billion in interest payments on it this Fiscal Year.  That would buy several Big Digs and still have money left over for new schools and public housing.  And, think about the year 2020.  There is a projection from CNN, no Koch Brothers outlet, that the interest that year could be $901.4 billion.

That is a lot of money.

The debt itself isn't the problem.  It is the cost of the debt, the alternative uses for that interest payment money.  I don't begrudge the coupon clippers their money, but ponder how else we might use that interest money, and how they might invest in job creating businesses if we had less debt.  And, I don't hold a lot of T-Bills.  Do you?

Actually the vast majority of my income goes toward servicing debt in the form of my mortgage. Of course my borrowing rates are slightly harsher than what the government can get, but then again I can't print my own money.

More to the point, the thing to worry about isn't the magnitude of the debt, but the debt ratio.

As such, I don't think we can say debt in general is bad, or I'd have to protest against myself for buying a house. We can only make the case that deficit spending may or may not be bad depending on what that spending pays for and the context of our ability to pay it down (combined with the context that we can always raise our own revenues or even adjust monetary policy).