Waiting For Action in the House of Representatives


For John, BLUF:  The Democrats could try to breach the Republican majority in the House but either can't or won't.  Nothing to see here; just move along. 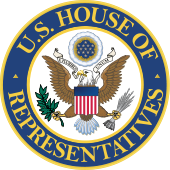 All it would take to bring the so-called clean CR up is for 219 members [of the House of Representatives] to sign a discharge petition.  If [Minority Leader, Democrat] Nancy Pelosi had the votes, she could get that petition signed.  However, if Republican members sign that petition, they would find themselves immediately isolated in their caucus and subject to being primaried.  That's a big step.  [Ms] Pelosi doesn't have the support she is claiming to have it appears.

So far the Republicans seem to be hanging tight.  The other way of viewing it is that there are Republicans who want to pass a "clean" Continuing Resolution, but Mz Pelosi likes things just the way they are and will not reach across the aisle.  Is that possible?