For John, BLUF:  And we still need a replacement for the Rourke Bridge, immediately.  Nothing to see here; just move along.
I believe Editor Jim Campanini, of The [Lowell] Sun captured, today, the debacle that was our Olymipic Bid for 2024:—"Little minds miss the big picture for Boston 2024".

I have been of two minds about the Olympics Bid.  On the one hand, it would be good for the region, in a number of ways, including infrastructure investment.  On the other hand, I feared out of control costs, reminiscent of the Big Dig.  Nothing I had heard gave me confidence that this was a program that would be under control.♠  And for those who forgot the Big Dig, here is some history: 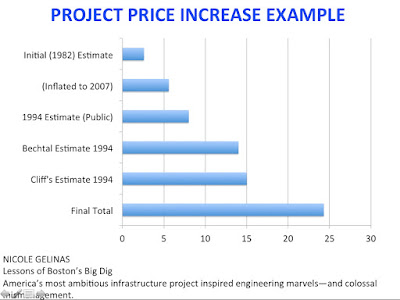 Here is how Mr Campinini wraps it up:

While I agree that Boston 2024 was its own worst enemy, it provided a map to the future.  It identified development locations and ideas for Boston that even the best and brightest planners failed to see from their high-salaried government perches.

It proposed solutions to problems.  For example, buildings constructed for the Olympics would be designed for re-use as affordable housing units or college dormitory space.

Many of Massachusetts' infrastructure needs were addressed in the 2024 bid package, signaling a jump-start on long overdue and neglected projects.  What happens now?  Will they be kicked down the road like in the past?

The Massachusetts way is sinking in.  OK, we are a provincial lot.  We've got the best medical and educational facilities around, gorgeous beaches, wonderful neighborhoods, and don't need to take on a billion risks to prove ourselves.  One out-of-state columnist, in praising Walsh's decision to walk away from the USOC, said Massachusetts didn't want to become the "Greece of America."  It's a clever line.  Yet for some reason I believe we're more bankrupt today than anything the 2024 Summer Olympics would have brought us.

♠  On the other hand, if someone had said Mitt Romney was going to be the trail boss, I would have had confidence.