For John, BLUF:  Ms Clinton does not inspire confidence at either end of the spectrum.  Nothing to see here; just move along. 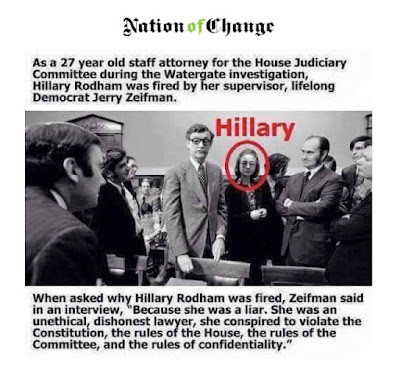 (From a Fund Raising EMail)

For those of you wondering, "Nation of Change" is a Progressive organization.♠  It has been backing Senator Bernie Sanders for the Democratic Party nomination for President.

The point of this blog post is to point out that negative opinions of The Honorable Hillary Clinton exist on the "Left" of the political spectrum as well as the "Right".  I have a friend in Kansas who has been, and still is, pushing Bernie, who thinks Hillary is a crook.

♠  An article in Aeon, titled "Everyone was a liberal" discussed the morphing of the word Liberal vs the word Progressive.
♥  I was going to salt Jack Mitchell's name in there, but then decided I like Jack way too much to do such a thing to him.