For John, BLUF:  A real bottom line.  Nothing to see here; just move along.
Bottom Line Up Front:

This is why you get Trump.

The article with this BLUF is from the pen of Mr Steven Hayward, at the Powerline Blog.  The headline is "ACADEMIC GIBBERISH WATCH: WE HAVE ANOTHER WINNER".

Then we get the abstract from the journal Progress in Human Geography:

But, if you go track down the article (downloadable for free), "Glaciers, gender, and science:  A feminist glaciology framework for global environmental change research", you get even more of this thinking. Here are the first three paragraphs, which are too long and esoteric to read.  Just skim them:

Glaciers are icons of global climate change, with common representations stripping them of social and cultural contexts to portray ice as simplified climate change yardsticks and thermometers.  In geophysicist Henry Pollack’s articulation, ‘Ice asks no questions, presents no arguments, reads no newspapers, listens to no debates.  It is not burdened by ideology and carries no political baggage as it crosses the threshold from solid to liquid.  It just melts’ (Pollack, 2009: 114).  This perspective appears consistently in public discourse, from media to the Intergovernmental Panel on Climate Change (IPCC).  But the ‘ice is just ice’ conceptualization contrasts sharply with conclusions by researchers such as Cruikshank (2005), who asks if glaciers listen, Orlove et al. (2008b), who analyze the cultural framing of glaciers, Carey (2007), who sees an endangered species narrative applied to glaciers, Jackson (2015), who exposes how glaciers are depicted as ruins, and Sörlin (2015), who refers to the present as a cryo-historical moment because ‘ice has become historical, i.e. that ice is an element of change and thus something that can be considered as part of society and of societal concern’ (Sörlin, 2015: 327).

A critical but overlooked aspect of the human dimensions of glaciers and global change research is the relationship between gender and glaciers.  While there has been relatively little research on gender and global environmental change in general (Moosa and Tuana, 2014; Arora-Jonsson, 2011), there is even less from a feminist perspective that focuses on gender (understood here not as a male/female binary, but as a range of personal and social possibilities) and also on power, justice, inequality, and knowledge production in the context of ice, glacier change, and glaciology (exceptions are Bloom et al., 2008; Williams and Golovnev, 2015; Hevly, 1996; Hulbe et al., 2010; Cruikshank, 2005).  Feminist theories and critical epistemologies – especially feminist political ecology and feminist postcolonial science studies – open up new perspectives and analyses of the history of glaciological knowledge.  Researchers in feminist political ecology and feminist geography (e.g. Sultana, 2014; Mollett and Faria, 2013; Elmhirst, 2011; Coddington, 2015) have also called for studies to move ‘beyond gender’, to include analyses of power, justice, and knowledge production as well as ‘to unsettle and challenge dominant assumptions’ that are often embedded in Eurocentric knowledges (Harris, 2015: xx).  Given the prominent place of glaciers both within the social imaginary of climate change and in global environmental change research, a feminist approach has important present-day relevance for understanding the dynamic relationship between people and ice – what Nüsser and Baghel (2015) refer to as the cryoscape.

I have flown over a glacier, in my Oscar Duck, with a female Staff Sergeant (on an "incentive ride") in my right seat. 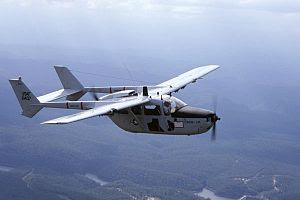 Neither of us noticed any distinctive gender qualities worth commenting on.  But, that was back in the Dark Ages, back in 1980.  The earth, at that time, was still basically round, but had started to cool.

So, as the BLUF tells us, a large number of us think this kind of intelligentsia mumbo-jumbo is unhelpful and believe Mr Trump has made a great contribution, in that he has been breaking the PC plate glass that stands between the elite and those of us in, or from, fly-over states.